The link between interleukins (IL) and endothelial cell injury supposed to lead to hypertension. This may be due to the release of oxygen free radicals, which injures the endothelium. Many authors hitherto studied Doppler velocimetry as a predictive tool for the development of preeclampsia(PE). We here attempted to determine the relation of IL-4 with the development of PE using umbilical/uterine artery Doppler velocimetry. 80 pregnant women of 30-36 week gestation were divided into 3 groups. The first group (n=20) consisted of a control group: primigravidae and normotensives. The second group (n=30) consisted of women with mild PE. The third group (n=30) consisted of women with severe PE. Doppler FVW were measured for the umbilical and uterine arteries IL-4 level was also measured. A statistically significant increase was observed in IL-4 levels in mild and severe PE groups with severe PE showing an increased level of IL-4 then mild PE. Doppler measurement showed an increase in vascular impedance indices of the umbilical and uterine arteries of mild and severe PE. We conclude that IL-4 play a role in pathophysiology of PE with a disparate effect on its severity, with fetal outcomes also badly affected. The umblical and uterine arteries Doppler may help predict prognoses of PE and fetal outcomes; however, further randomized studies may be necessary. 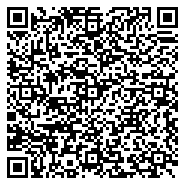