The link between interleukins (IL) and endothelial cell injury supposed to lead to hypertension. This may be due to the release of oxygen free radicals, which injures the endothelium. Many authors hitherto studied Doppler velocimetry as a predictive tool for the development of preeclampsia(PE). We here attempted to determine the relation of IL-4 with the development of PE using umbilical/uterine artery Doppler velocimetry. 80 pregnant women of 30-36 week gestation were divided into 3 groups. The first group (n=20) consisted of a control group: primigravidae and normotensives. The second group (n=30) consisted of women with mild PE. The third group (n=30) consisted of women with severe PE. Doppler FVW were measured for the umbilical and uterine arteries IL-4 level was also measured. A statistically significant increase was observed in IL-4 levels in mild and severe PE groups with severe PE showing an increased level of IL-4 then mild PE. Doppler measurement showed an increase in vascular impedance indices of the umbilical and uterine arteries of mild and severe PE. We conclude that IL-4 play a role in pathophysiology of PE with a disparate effect on its severity, with fetal outcomes also badly affected. The umblical and uterine arteries Doppler may help predict prognoses of PE and fetal outcomes; however, further randomized studies may be necessary.

Preeclampsia (PE) is one of specific hypertensive disorders of human pregnancy that is diagnosed by appearance of hypertension, proteinuia with or without pathological edema after 20 weeks gestation, and it is one of the important leading causes of fetal and maternal morbidity and mortality [1].

Many cytokines have been suggested to be implicated in the pathogenesis of PE which include: TNF- a, Interlleukin(IL)-1 ,IL-2 and IL–6 [2]. IL-4 has dichotomous role in pregnancy, as normotensive pregnancy is associated with high levels of IL-4 in the first half of pregnancy, but in the second half and in the puerperium high levels of IL-4 are associated with PE [3]. IL4 were predominant in the second and third trimesters of normal pregnancy but Th1 hence INF gamma predominated in preeclamptic patients [4].

The Doppler velocimetry is helpful in predicting patients at risk, who will develop PE, as well as for studying uterine and fetal vascular blood flow for studying and evaluation of fetal well-being in utero and risk of jeopardy [5]. Meanwhile, Doppler velocimetry studies of placenta, umbilical and fetal circulation can provide important information regarding fetal wellbeing providing an opportunity to predict poor perinatal fetal outcome and to improve fetal outcome in preeclamptic and hypertensive pregnant women [6].

Aim of the work

The aim of this work is to study the relationship of serum IL-4 and the development and degree of PE and the reflection of this syndrome on uterine and fetal blood flow detected by umbilical & uterine Doppler studies and its relation to fetal outcome.

This study was carried out on 80 pregnant women admitted in the obstertric and gynecology department of a university hospital, during the period from April 2020 to October 2021. For all groups an oral and written informed consent was obtained.

This study included three groups according to inclusion and exclusion criteria:

• Primigravida in the third trimester from 30-36 weeks, with singleton pregnancy, not in labor and gestational age calculated by LMP and confirmed by an early 2nd trimesteric ultrasonograghy.

• Normotensive in early pregnancy in all groups.

• No medications were received during the present pregnancy except tonics.

• Estimation of serum IL-4 according to Banchereau [7].

• This cytokine was assayed by immunoenzymatic method for the measurement of human IL-4 in the frozen serum specimen by using Biosource Europe S.A. IL-4 EASIA kit Belgium.

Ultrasound examination was done for all cases for estimation of the gestational age, placental grading, amniotic fluid turbidity& volume. Then Doppler examination using pulsed wave Doppler equipment to obtain the arterial flow velocity waveform “FVW” of the umbilical and uterine arteries.(S/D ratio, RI and PI indices were estimated for each vessel).

All cases were followed up until delivery for the assessment of:

Tab. 1. The mean values of clinical findings’ of the control and Pre-eclamptic groups.

This study agrees with Kumar & Das who concluded that IL-4 levels were significantly higher in maternal blood of PE patient. As a strong indication of linkage imbalance of susceptible gene of PE and HLA class II DR4 haplo type. It may be important in immunorecognition and immunosuppression. The reduced secretion of nitric oxide due to high levels of IL-4 causing vasoconstriction and hypertension may therefore be implicated in pathophysiology of several diseases including PE [8,9].

On the other hand, Santiago et al., demonstrated that Th1/Th2 correlated well with cytokines, TNF-α and IL-4 secretion level respectively and Th2 cells hence IL-4 were predominant in the second and third trimesters of normal pregnancy but Th1 hence TNF-α predominated in PE patients [10,11].

Also, Monocytes from cancer patients treated with recombinant human IL-4, showed significant decrease in PGE2 and increase in superoxide anion production which shifts the PGI2/TXA2 balance in favor of TXA2 enhancing platelet aggregation and vasoconstriction; It can be cytotoxic to cells by oxidative conversion of unsaturated fatty acids present in the cell membrane to lipid peroxides damaging the endothelial cells causing thrombosis when interacting with the plasma coagulation system [12].

The pathogenesis of PE is largely a consequence of eicosanoid imbalance with relative vasodilator deficiency. The relative lack of vasodilatation with defective internal secretion of PGE2 and PGI2 will lead to diminished renal blood Flow, glomerular filtration rate, urea clearance, and sodium excretion [13].

In this study, there is high significant increase when compare mild or severe PE with control group and when compare severe with mild PE groups in proportions of umbilical artery Doppler indices (S/D ratio, RI and PI). These results are in agreement with the results of AbdelAal and Meki. The explanation of this finding may be related to the fact that Doppler waveforms in any vascular tree are related to resistance distal to the point of measurement [14,15]. This has been shown by histopathologic correlation. A decrease in diastolic flow, indicated by an elevated RI, reflects an increase in downstream placental resistance. The most extreme form of this pathologic condition results in the absence or reversal of diastolic flow velocity in the umbilical artery [16].

The present study show that a very highly significant positive correlation between IL-4 and Umbilical Doppler Indices S/D ratio, RI, PI. There is high significant negative correlation between umbilical arteries S/D ratio RI & PI and fetal outcome Parameters. These abnormal changes in PE suggest increased placental vascular resistance, vasospasm in the umbilical arteries and they are in accord with the results of Lumme R, et al. [17] and Kalder M, et al. [18].

The pathophysiology of PE includes impaired trophoblastic invasion of spiral arteries with subsequent decrease in uteroplacental blood flow. The changes are reflected on flow velocity waveforms where there is failure of development of low resistance velocity flow in the uterine arteries [19].

Although there was no new findings but this study confirmed previous observations.

First: IL-4 plays a role in pathogenesis of PE with a disparate effect on its severity with bad effect on fetal outcomes.

Second: IL-4 has a direct correlation with the severity of PE.

Third: IL-4 may have a role in prediction of PE although this has to be tested in further studies.


Copyright:This is an open access article distributed under the terms of the Creative Commons Attribution License, which permits unrestricted use, distribution, and reproduction in any medium, provided the original work is properly cited. 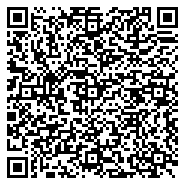